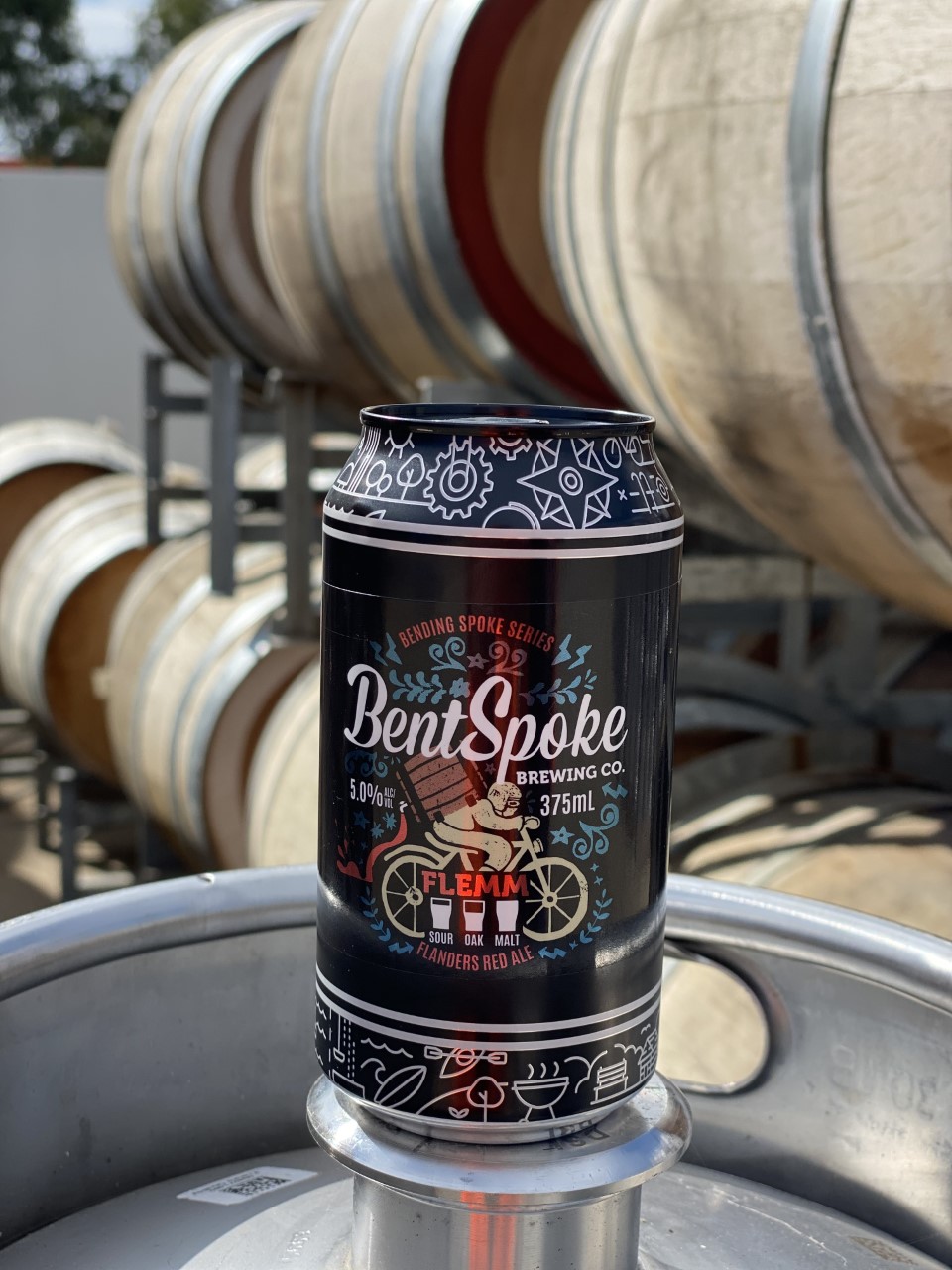 “I love brewing these style of beers and I’m excited to put them in cans for the first time with Flemm. The wild yeast creates some funky characters with a touch of sweaty horse blanket and zoo like aromas. I cannot wait for people to taste what has been years in the barrelling..”
~ Richard Watkins Co-founder and Head Brewer

Flemm owes its namesake to a Belgian farmer who guided Richard & Tracy’s beer selections during a trip to Belgium, where Richard discovered a deep appreciation of barrel-aged beers.

Complex and “isolating”, Flemm encourages flavours of toffee malt, plum & raisin fruity esters with lacto and acetic acids, as well as sweaty “horse blanket” wild yeast characters. Bentspoke has taken the long road with this beer, ageing it in oak for 12 months and then blending with other unoaked versions to balance the acid and add vibrance to the beer. Recommended to be enjoyed in a tulip glass – with some Passendale cow’s milk cheese.

What should you expect from this beer?

Wild yeast character adds a subtle “funk” to the beer, resulting in a more complex flavour profile in comparison to increasingly common lacto-only sour beers in the craft beer scene presently. This is welcomed; time spent in the barrel adds a depth of flavour that quick-turnaround beers typically cannot 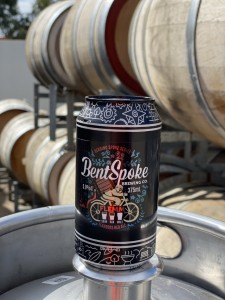 Flavour and aroma profile changes as the beer warms and introduces more malt complexity. Sourness is subtle and does not dominate – this is a good option for those keen on Belgian styles but not so keen on sour or “funky” notes as neither of these are overly prominent.

Where can you find it?

Flemm is available locally everywhere in the ACT and available throughout the country with Bentspoke’s great network of retail partners. It will also be available at their Braddon Brewpub in cans and for Traveller fills.

Canberra Brewers is proud to partner with local friends such as BentSpoke. These extraordinary times are ideal for checking out new styles and gaining inspiration as brewers.

Club activity during the COVID-19 pandemic

The committee has decided that, in the interest of public safety, we are postponing the monthly meetings until further notice due to Covid-19.
We’re brainstorming ways to reach out to our community while we’re in isolation, particularly since many brewers will have some extra brewdays on the horizon. The forum, or our Facebook group “Canberra Brewers Members” is the place to go to post about your latest brewdays, ask for advice, or just show off some brew gear.
Keep an eye on www.health.act.gov.au for the latest advice and guidance. Stay safe, wash your hands, feel free to panic buy some Tooheys Extra Dry in case you need to distill something for sanitizer.