We hope you had a happy and safe Christmas and New Year’s, and have plenty of great brewing planned for 2016.

While we don’t generally have a meeting in January, there are a couple of things we wanted to wrap up for 2015 and preview for this month so we can hit the ground running.

We had a fantastic meeting at BentSpoke’s new warehouse facility in Mitchell – and it’s already looking likely we’ll be meeting there again in February. As we heard in December, there are some big, exciting plans for the venue, so we’ll want to make extra sure they can accommodate us on February 4 – watch this space for confirmation closer to the date.

A big thanks to Richard Watkins and Craig Webber for generously accommodating us on the night.

Step up to help your club! 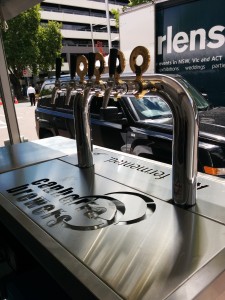 We’re calling on members to step up and help out with the club’s major yearly fundraising effort – our stall at the National Multicultural Festival. We need volunteers to work short (3-4 hour) shifts across the weekend of February 12-14. Only those with Responsible Service of Alcohol certification will be able to sell or pour beer, but there are still plenty of jobs for people without. If you wish to gain RSA certification, the club will pay for a limited number of people to complete a course online – just add your name to the list here and follow the instructions.

If you enjoyed Oktoberfest, the family Christmas Barbecue, entered a competition or enjoyed any of the education sessions this year, do the right thing and help us fund another year of great activities.

It’s also a great way to get to know some of your fellow club members and really get involved.

Treasurer Andrew Chek put up the club’s financial statements at the last meeting and has also put them on the club’s forum here. Check them out before we vote to accept them at the February meeting. As you can see, the club is in a healthy position financially, mostly due to the annual Multicultural Festival. The club is also finishing the year with 161 financial members – surely a record! 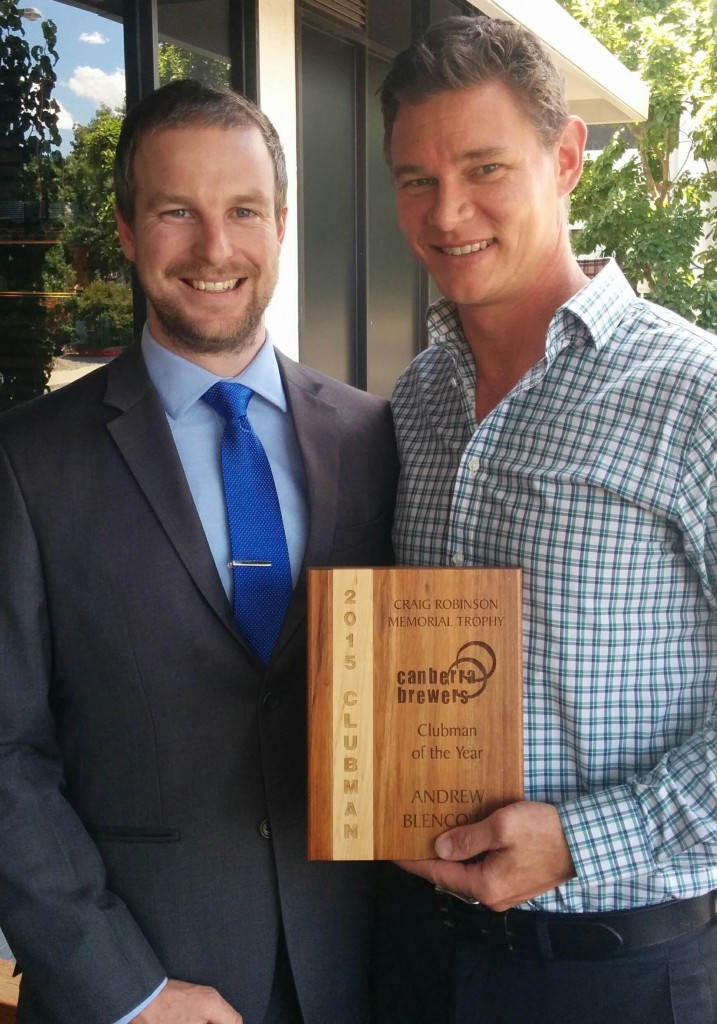 The Craig Robinson Memorial Trophy was presented to Andrew Blencowe at the December meeting, recognising his tireless hours of work behind the scenes building our club bars and helping find a new venue for the BJCP course. The award is named named after a highly-regarded club member of many years until before his sudden passing in 2009. Other honourable mentions included Stephen Neilson, Stephen Lawford and Patrick Baggoley.

Rob Booth was the lucky winner of the 2015 Newcastle Or Otherwise Kind of Interstate Experience. The lucky b****** will get flights to Avalon and a night’s accommodation at Geelong to check out the new Little Creatures brewery in Geelong, followed by a trip up to the Prickly Moses Brewery in the Otway Ranges for a day of brewing, tasting and relaxing, followed by a helicopter tour of the 12 Apostles! Remember, you get an entry into the yearly N.O.O.K.I.E. draw every time you buy three raffle tickets at a club meeting.

Want to have a say in how the club is run?

The March meeting will be the club’s Annual General Meeting, the first since members voted to move the meeting from December. This is members’ opportunity to step up and help make this club the best it can be. With more than 140 financial members, we should see lots of people willing to put their hand up, and a healthy pool of nominees is a sign of a club’s strength. Nominations for committee close on February 25 (one week before the AGM). The office-bearers of the association are: president, treasurer, social secretary, competition secretary, education officer, and editor. There are also non-voting positions for an ordinary committee member (recently used as assistant social secretary) and webmaster.

This post initially included details of a fundraiser movie night for the John James Foundation for Saturday, January 16. We’ve decided to postpone the event until later in the year to hopefully attract more people. Apologies for any inconvenience.

The next club meeting is on Thursday November 5, which is just over a week away. More information about club meetings is available on the Meetings page.